This weeks guest was Simon Spooner. In this episode, we tried to highlight some of the limitations of foot orthoses research, and the way clinicians should be viewing all conclusions made in the context of said limitations. We talk about what “perfect” orthoses research may look like, the things we may want to ‘measure’ and the apparent discourse between the lab and the clinic. We discuss what ‘dosing’ is, and how it may help us answer questions which are currently unanswered. Simon’s connection for the first 10 minutes of so was a bit unstable but hang in there as it does sort itself out eventually!

About Simon Spooner:
Dr Simon Spooner qualified as a State Registered Chiropodist (Podiatrist) in 1991 from the University of Brighton. Simon went on to complete his PhD in Podiatry from the University of Leicester in 1997, which focussed on the causes and treatment of inherited foot problems. He has previously taught podiatry to students at University College, Northampton and Matthew Bolton College, Birmingham, and Plymouth. In 2002 Simon Spooner became the Head of the School of Podiatry at the University of Plymouth, where he developed the new degree curriculum. He is now the Director of Podiatry at Peninsula Podiatry where his specialties include sports medicine, foot orthotics, and paediatric and adult foot and gait abnormalities. 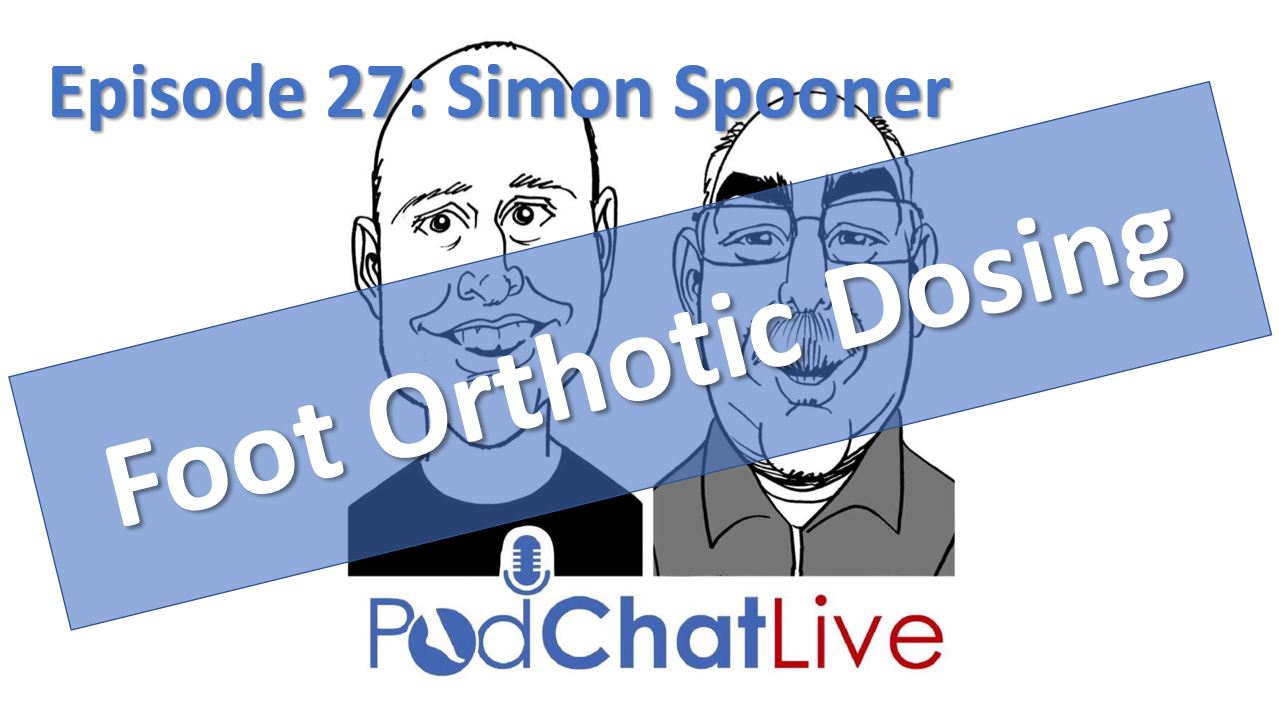